FEED ME with Teeth invades the Ogden Theatre

Groovey April 22, 2012 Grooveyness, Music No Comments on FEED ME with Teeth invades the Ogden Theatre 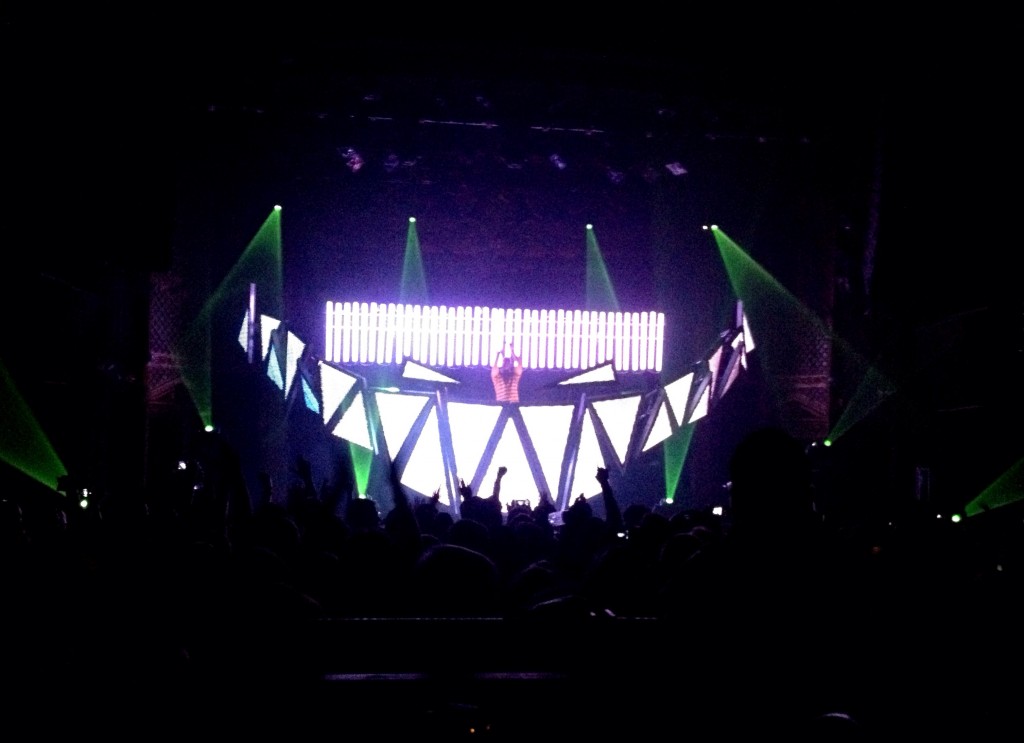 Feed Me, a drum & bass, electro house, dub step dance music producer and DJ from Hertfordshire, England, is no newcomer on the scene. His debut album,  Feed Me’s Big Adventure,  was a huge success with a total of six tracks charting in the Beatport Top Ten, and his second EP,  To The Stars,  exploded onto the scene as well.

Feed Me launched his North American WITH TEETH Tour” March 12, 2012 in Seattle in support of his latest release  ESCAPE FROM ELECTRIC MOUNTAIN,  which hit #1 on the iTunes Top 10 Dance Albums charts upon its release on the deadmau5-helmed  mau5trap  label. This is his first headline tour with over 25 appearances, including performances April 13th  and 20th  at the Coachella Valley Music and Arts Festival.

The WITH TEETH Tour” made its stop here in Denver Wednesday, April 11 at Ogden Theatre. Opening support consisted of Jontron, Bro Safari, and Kill the Noise. Feed Me took stage a little after 11:30 PM, with the crowd chanting, Feed Me, Feed Me, Feed Me.”

Once the curtains dropped from the teeth”, the crowd blew up into screams and yeas'” to the site and sounds before them. Upon viewing the teeth” the floor was lit up with cell phones recording the first few minutes of Feed Me’s show.

The crowd, consisting mostly of furry-boot-wearing, pacifier-sucking twenty-something’s, with quite a few under-agers as well, danced with their glow sticks to the mix of drum & bass, electro house and dub step. This having been my third dub step/dance show, I can now understand why people would pay $30-35 for a show. You not only get to witness an ultimate stage and light show, but you get to revel in the bass turned up to where it reverberates throughout your body while shaking what you got, waiting for the drop of the bass.

My photographer and I had the pleasure of viewing Feed Me from the sound booth. Being in the center of the mix allows you to get a new feel and view of not only the stage and performers, but of the crowd as well. Everywhere I looked in the Ogden, I saw hands pumping in the air, bodies swaying and heads bobbing to the flowing beats and transitions from song to song; all masterfully done by Feed Me.

I sit next to people with famousosity and try to make them laugh.

The Gauntlet Hall of Fame